The artist Timo Nasseri was born in 1972 as the son of an Iranian and a German. He lives and works in Berlin. His works can be found in many variations and forms in many countries of the world.
Inspired by the geometrically offset stucco elements at the entrances of mosques in his father’s home country, he began early on to approach mathematics in an artistic manner. The result is a complex system of around 700 reflecting triangles that nestle around a polystyrene body, from which the mirror crystal PARSEC #6 is created.

These small, differently shaped triangles were laser cut from highly polished stainless steel sheet at Ferrum Lasercut and placed on the prefabricated base body. The PARSEC artwork was completed on schedule to captivate visitors, gallery owners and art lovers at Art Basel Miami 2017.

Parsec #6 is the latest project Timo Nasseri has realized with Ferrum. In the gallery you will find more pictures from this long lasting collaboration. 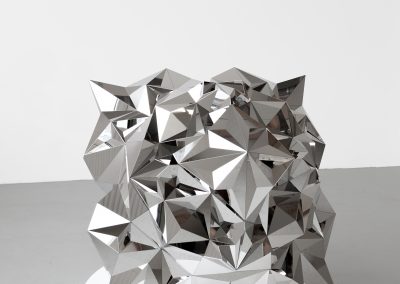 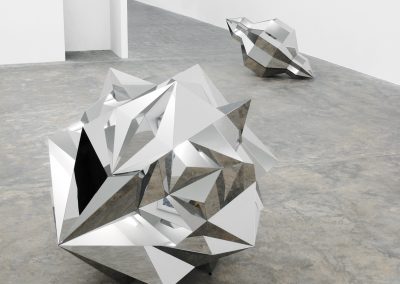 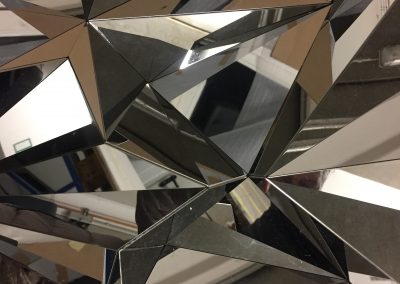 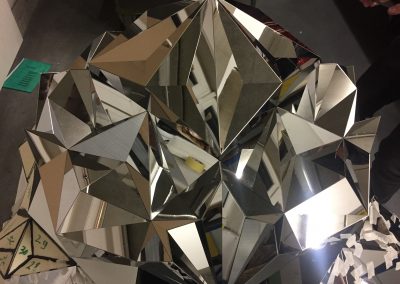 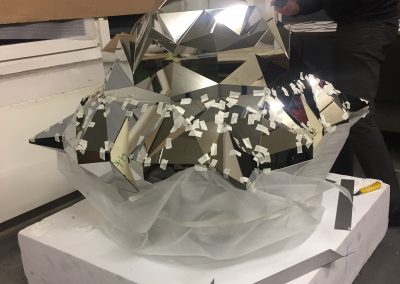 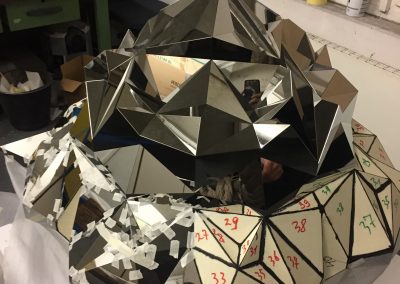